St Vasily on the Need for Consistency in Spiritual Life…

The lack of constancy is disastrous for spiritual life. When a person sees for the first time the light of the gospel truth shining before him with dazzling brightness, he cannot resist it, as you cannot deny truth once you realize it. With enthusiasm he devotes himself to that new life, where everything is so joyous and so deeply felt. Typically, such a person, burning with “novice’s zeal”, willfully burdens himself with endless rules of fasting, prayer, bows and other exploits of ascetic life. But alas! The enthusiasm of the original inspiration yields to the equally intense disappointment and doubt, creeping painfully into the soul. Instead of recognizing his mistakes, caused by the lack of experience, one tries to explain his failure and disappointment by some “objective” reasons, which the tempter whispers into his ears, until finally he begins to think that he has been deceived. That puts a person on a path to unbelief. Following that path can lead him to completely renounce the gospel life. The final condition of that person is worse than his initial ignorance.

It is constancy to the end that is necessary. We need to remain dedicated until death. It is not enough to simply embark on the Christian path, but we must also reach the goal. 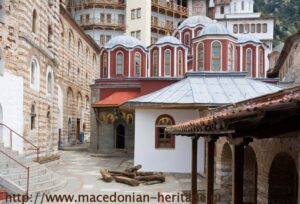