“History tells us that the Magi, who are also called kings, came not from one country, but from three different countries: Persia, Arabia, and Ethiopia. All of them, independent of one another, studied the heavenly bodies, and the miraculous star appeared to each of them, independently and separately, and led each of them from his country to Bethlehem. They met on the way to Judea and arrived to Bethlehem together. In Bethlehem, in the cave, they found the Divine Christ Child and worshiped Him as King and God, placing their gifts at His feet: gold, frankincense, and myrrh. The Magi gave the Christ Child gold as a sign that He is the King of kings, incense as a sign that He is the High Priest of eternal blessedness, and myrrh as a sign that He is the Divine High Priest Who will offer Himself as a sacrifice for the salvation of us sinful men.

The interpreters of the Sacred Scriptures say that the miraculous star appeared in the heavens on the day of the Annunciation of the Most Holy Theotokos and shone in the sky for nine months, until it brought the Magi to Bethlehem, to the blessed cave, where Christ the Savior of the world was born. The Magi arrived in Bethlehem on the very day of Christ’s Nativity. Thus, the Lord wisely arranged everything with those who sought Divine Wisdom.

We, modern men, sometimes ask ourselves: If we lived during the time of Christ’s Nativity, would the Lord have revealed to us this mystery—the mystery of His coming into the world, as He revealed it to the shepherds and Magi?

He would have revealed it if we, like the shepherds and Magi, had sought God in simplicity and humility.

The Gospel shepherds were no ordinary shepherds. They tended those animals that were intended for sacrifice: those animals offered as a sacrifice to God on certain days and feasts, as a symbol of the great Sacrifice that God was to bring for us. The shepherds knew about it. They knew there would come into the world the Messiah Who would offer Himself as a sacrifice for men, and they eagerly awaited Him.

The Magi also sought the Divine truth that was preserved among the pagans, although in a seriously distorted form, and according to which the Liberator was to come into the world, Who would deliver mankind from evil, and they also awaited Him.

Therefore, if in simplicity and humility we seek God, our Creator and Savior Who already came into the world and completed the podvig of our salvation, then the Lord will send each of us our angel, or our star today, which leads us to Christ, our Creator and Redeemer.” 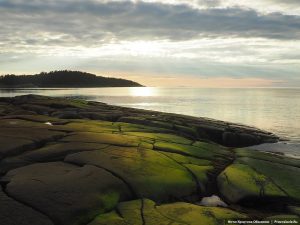