“..when I first started to hear confessions I use to really ‘scald’ those who came to make confession.  I used to have a my side St Nikodemos’s Confessor’s Guide* when someone would come for confession. If he confessed a serious sin then I would look up the book and would see that it wrote: ‘Not to receive Holy Communion for eighteen years.’ I didn’t know; I was inexperienced. And so I imposed the corresponding penance. Whatever the book said was law. But then the people would come back the following year — they would come from various places, from various villages, from far and near — and when I asked them,‘How long is it since you made confession?’ they would answer,‘I confessed to you this time last year.’ Then I would ask,‘And what did I tell you?’

They would reply, ‘You told me to do a hundred prostrations every night.’

‘Well, you told me that I couldn’t receive Communion for eighteen years so I thought to myself, “Since I’m damned anyway, I might as well forget about the whole thing.’”

You understand? Then another person would come and say the same thing. So I thought,‘What do I do now?’ It was then I began to become a little wiser…” 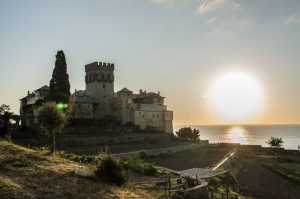