mbonds July 19, 2020 Sowing Good Seed…2020-07-08T10:01:31+00:00 Modern Orthodox Elders
“There was once a priest who never went on a vacation,” father begins his story. “When he finally was able to go on vacation, an abbess of a monastery called for him to come and help dissuade a young woman from having an abortion. The priest came and spent nineteen days in that monastery. By night he would hold conversations with that girl, and during the day she went to work and the priest rested. However, during the day, her aunt, instigated by an evil spirit, destroyed all the good the priest was able to sow in the heart of that girl during their nightly vigils. The priest and the girl left the monastery on the same day by the same train. She got off at the station in a town where her aunt had made an appointment for her abortion, while the grieving priest continued further on. His sorrow was so great that he never visited that monastery again during the next nine years. But once, during one freezing winter night, he had no other place and went to the monastery.  When asked by he hadn’t visited for  such a long time. “Because it saddened me that I failed to persuade that girl…” “It is not true, father! Come and have a look here!” the abbess summoned him. Just on that day, that same young woman came to the monastery as if by chance, but this time she arrived with her nine-year-old daughter. “What happened to you? Didn’t you leave the train deciding otherwise?” asked the priest. The woman told him how she at first had climbed into the examination chair to have the procedure and how she was given local anesthesia. But when a doctor came, she all of a sudden jumped from the chair in an attempt to flee. The assisting nurse slapped her face twice to bring her back to senses and then helped her back up on the chair. She jumped off the chair again and started screaming so that the doctor withdrew from performing the procedure on her. The young woman walked out of the hospital anesthetized, by holding on to the walls. She saved her baby’s life.”
(Related by Fr. Nicolae Tanase of Romania) 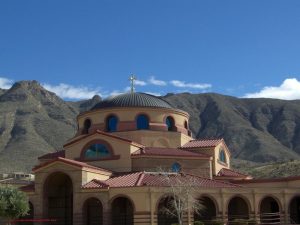