On Marriage and Virginity

“The number of unmarried people is increasing. And there are some married people who say: “We do not want children, because we want to have as much pleasure as possible.” This is a false position, for in a Christian marriage one kind of pleasure is not allowed continually. Christians marry for the sake of God and His law as much as they do for themselves. But Christians who remain single renounce marriage and live holy for the sake of God and Him alone. Thus we find that the family tie is abused, as well as the single state. Courtship of young people just out of school is not to be advised, because it often leads to debauchery. A courtship running through long years also gives occasion to sin and a species of wrongdoing to God, for the heart and its love are stolen from God and thrown away on a man.

Throughout all the long centuries of Christianity there have been in the Church heroic members, young people of both sexes, who by the grace of God have kept their souls pure and intact, and have dedicated to the honor of God the noblest attribute of their human life, namely, an untarnished purity of soul and body. Such persons have had the courage and such unbounded confidence in God’s assistance that, although living in the world and its dangers, though threatened by the cravings of their own individual passions and by the temptations of the devil, yet they have succeeded bravely in preserving this treasure even in a frail earthen vessel, have carried it uninjured through life’s long journey here below, and have finally presented it to their Lord.” 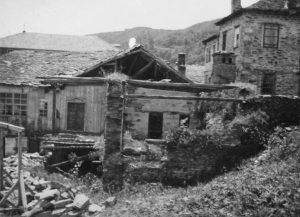