The Nature of Ecumenism…

“Essentially, the ecumenists envision the universal union of “churches,” which will serve as the leaven for the entire oikoumene in its turning of the world into the Kingdom of God on earth. Inasmuch as the consummate aim of ecumenism is to unite all religions, it is entirely logical to conclude that that is why, today, it is evermore underscored that not only do individual [Christian] churches, as such, not possess the fullness of truth, but that even Christianity itself does not possess it. In other words, the truth concerning God the Creator (according to the ecumenists) surpasses all individually existent religious forms, finding its perfect expression only in the vast multiplicity of world religions and traditions. For an explication of this, ecumenists resort to the example of an extremely high mountain, the pinnacle of which can be reached from all sides. It is possible (according to them) to reach God by way of Christianity, as well as by way of Islam, Buddhism, Hinduism, Judaism, etc.; hence, there is no need to convert the adherents of one religion to another, because the “inspiration of the Holy Spirit” is ostensibly present in all of these religions. Such thoughts, in essence, have already been spread throughout Europe and America, in the course of decades, by a multitude of Hindu gurus. It should be noted that the ecumenical movement, which [ostensibly] began for the sake of unifying all Christians, has ever more intensely expanded its dialogue and contacts with non-Christians (for example, in Canberra, in Assisi, in Milan, etc.).

It can be seen, from this, that the goals of ecumenism are not exhausted by the unification of Christian confessions. But it is specifically in relation to this plan that the task appears to be particularly difficult, because true Christianity—which is possessed only by the Orthodox Church—poses the chief peril to this entire idea.

It is for this reason that such great efforts are being expended to water-down Orthodoxy by way of uniting it with various heresies.” 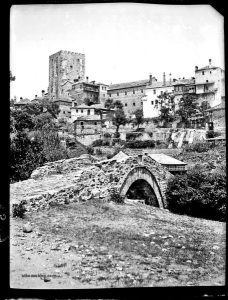