Abbot Tryphon on the Impact of COVID

“During such times I think it most important to make your morning and evening prayers, and set aside time for spiritual reading—not only the daily Gospel readings but the writings of the Holy Fathers, the Lives of Saints. I think this is very important.  Also, I suggest to people to light lampadas before their icons, to maintain the flame throughout the day. This serves to remind us that independent of everything happening in the world, most important is what is happening in our hearts.  I also remind people about the time of the Soviet Union, when churches were closed, believers were persecuted, and spiritual life was led in the home, which became house chapels.

…I also know many who take this as God’s will, since the situation today forced them to work on themselves and spend time in silence before the Lord. People were forced to pay attention to their internal, spiritual life. Many even before the pandemic began only lived the life of the Church on weekends, only came to Liturgy on Sundays, or Saturday vigil. But during the week they were far from the faith, and today the quarantine forced them to look inside of themselves more closely, at their family. Now these people are introducing Orthodox Christianity into their lives, and for them the quarantine definitely played a positive role.

I think that some attended Liturgy because it was part of their culture, or because it’s what their family does, but didn’t take it seriously. Many of these now are looking to Orthodoxy more seriously. Others, from weakness or even from the laziness caused by the quarantine separate from the Church and from God. I think that it is more difficult psychologically for these people.  I think that we must understand how important it is to lead a spiritual life. This doesn’t only mean Sunday services, but our thoughts, our daily actions, every hour of the day. Now I see that this is beginning in the lives of many people—they are strengthened in the Orthodox faith, they lead a spiritual struggle and feel good from a psychological point of view. 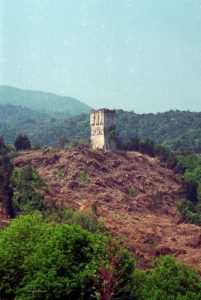