The righteous judgment of God is His forbearance, which also contains humility and love. God is very Righteous and Just, but also most Compassionate; and His compassion surpasses His justice. I will give you an example to help you understand. If some person never had the opportunity to learn about God, he would not be judged according to the condition in which he is found, but according to the condition he would be in if he had come to know God. Otherwise, God would not be just. Divine righteousness has its own mathematical principles. One plus one sometimes equals two and sometimes two million. 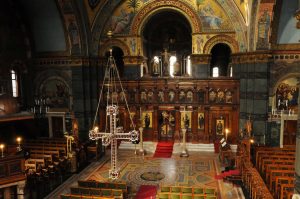