When someone confesses often, he is more aware of his sins and does not become careless about them. When he has not confessed for a few days, he says, “what have I been doing!?” Immediately he remembers. But when he lets a month or two, or maybe a year go by, how can he remember all his sins?

If someone wants to test this, let him go into a comer of his house one day, stay quietly and keep watch over the thoughts that come into his mind for two hours; that will show him how the mind wanders! See how many sins would come up if he did not beat them down with prayer and fear of God. Now imagine how many such thoughts arise in a day or two. Then imagine, moving about in society, in the world, talking to people, seeing and hearing so much, how heavy does our conscience weigh upon our soul in just one hour!

The second benefit of frequent confession is that man easily remembers the sins which he has committed since his last confession. Someone who confesses infrequently has trouble remembering everything he has done. Because of this many of the sins which he has committed remain unconfessed, and, as such, unforgiven. The devil then reminds this person of those sins right at the hour of death, but what good is this? Most often the person cannot speak at that time and is unable to confess!

Woe to the person who goes to confession and confesses only part of a particular sin, but does not confess fully; or who confesses the sin, but not the manner in which it was committed! He is trying to cover things up in one way or another, thinking that he can lie to God. He must think that God does not know that he committed such and such a sin, or in what manner that sin was committed! He thinks that he has to lay before the spiritual father a few sins, and if he receives absolution, then he is forgiven!

The priest absolves only that which he hears…

– From the ‘Counsels’ of  Elder Cleopha+ of Romania 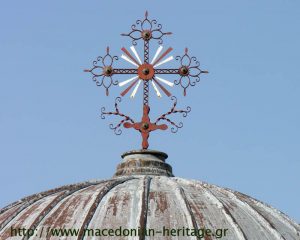