mbonds January 3, 2021 Fr Seraphim Rose+ on Ageless Faith…2021-01-02T21:13:11+00:00 Modern Orthodox Elders
Fr Seraphim Rose+ on Ageless Faith…
All of this is the negative side we see surrounding us today, and it is a very real part of the atmosphere we breathe every day. On the other hand, we have the Orthodox Christian revelation; that is, the revelation of God to His Church. It has come down to us now these two thousand years, very richly, with many testimonies of Scriptures and Holy Fathers, giving us a definite spiritual outlook, a definite spiritual law of life. The spiritual life and its aim do not change from one time to the next. In fact, we know that from the very beginning, from the time when the Gospel was first preached until now, there are being gathered out of the world citizens of one kingdom, all going towards the heavenly kingdom. All these citizens will speak the same language, and know each other, because they have gone through the one, same Orthodox life, the same spiritual struggle, according to the laws of spiritual life.
The Holy Fathers spoke about the latter times as times of great weakness, in which there would not be the great signs which were performed in the early times of the apostles and in the desert by the first monks, when thousands of miracles were being worked, great Fathers were raising people from the dead, many supernatural events were occurring; and these very Holy Fathers said that this dazzling age of miracles would fade away, and in the end there would be almost nothing at all like that. In fact, those who would be saving themselves would seem totally indistinguishable from everybody else, except that they would somehow keep alive the struggle against all these temptations. Just keeping alive the spark of the true Christian Faith, without making miracles without doing anything out of the ordinary, would already make them, if they endured to the end, as great as or even higher than those great Fathers who worked miracles.
Therefore, in our times, it seems that outward activity for Orthodox Christians is greatly limited in comparison with past times. It seems that way. Still, the inward spiritual activity must be just as possible for those who are willing to struggle. And, in fact, we look around us and we see rather spectacular examples in our century: St. John of Kronstadt, who worked thousands of miracles, probably more miracles than anyone in the history of the Church; St. Nectarios in Greece, a very humble person, in complete disgrace as a bishop, but a wonder-worker especially after his death; and our own Archbishop John [Saint John of San Francisco, glorified in 1994], who lived and actually walked our very soil and passed within forty miles of here many times, undoubtedly blessing all this area, especially with the icon of the Kursk Mother of God. And so it’s obvious, in looking at these people and realizing they are spiritual giants, that it is possible to do something even in our evil times.
– Fr Serpahim Rose+ Homily, 1979 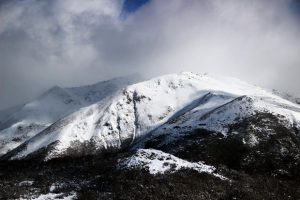