David Sumner on Three Strengths of the Orthodox Church…

“First, all Orthodox churches have the same beliefs, which haven’t changed since the first century. When we get a new priest, we can be assured the next one will have the same beliefs. Orthodox churches do not fight each other over doctrine because doctrine and beliefs are settled. The Orthodox Church maintains an unbroken unity with the early Christian church and church fathers. It gives me peace to feel united with Christians all over the world who follow the teachings of the early church and church fathers. The Roman Catholic Church has added to these teachings while the Protestant Reformation splintered these teachings into different denominations.

Second, Orthodox theology on how our salvation occurs differ from Protestant and Catholic churches and makes more sense to me. Our salvation depends on embracing the whole life of Jesus from his birth to his words, deeds, death, and resurrection. Salvation doesn’t mean believing in a vague notion of God’s love and forgiveness (as in liberal churches) or in “just accepting Jesus as your personal Lord and Savior” (as in conservative churches). Salvation is not a legal transaction that “Jesus paid the debt for our sins” suggests. Salvation comes from embracing a lifelong journey of continual confession, prayer, forgiveness, worship, and service.

Third, Orthodox Christianity challenges me by requiring regular fasting, confession to a priest, and church attendance to remain in good standing. The expectations about what to do to be a strong Christian are clear.”

– ‘From Anglican to Antiochian’ 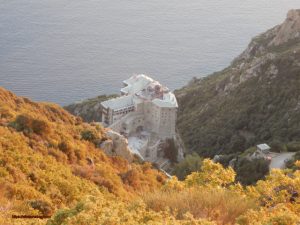