Why So Few Monks and Nuns?

When, outside of speaking about the life of a saint who lived a monastic life which is normally presented as then and there and not a relevant life to be lived here and now, was the last time you heard a member of the clergy or a church school teacher or anyone in your congregation speak about monasticism in general, much less being a vocation to which a person could aspire? If we ourselves do not present monasticism as an alternative lifestyle to all the other choices presented to our children, then who will?

Often we encounter other Christians who say things like “I haven’t seen a nun in habit since I was a child.” They’re usually sixty years old or older. OR “I didn’t know nuns still existed.” OR “Mommy, look at the witch.” What is even sadder is that usually the parent doesn’t even know what a nun is. As a whole Christians have become secularized.
– Newsletter of Sts Mary and Marth Monastery in  Wagener, SC 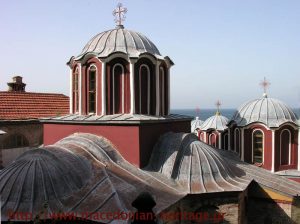