mbonds April 11, 2022 Orthodox Quote for April 112022-04-10T08:47:57+00:00 Orthodox Quotes
“For example, regarding those whose “opinion, creed or party” is not Orthodox Christian, should we not work for their salvation by prayer, faith and good works? If we cannot agree on that then presumably there are some Orthodox who really don’t mind if others perish in heresy or unbelief. At one time no Christian blinked at the idea that pagans should be proselytised or that those of any other faith or none should come to know Christ. Has this changed? If it has then the Church (the fullness of which is the Orthodox Church) has forsaken Christ’s Commission…”
(Archpriest Gregory Hallan, 21st Century British Priest, 2010 newsletter on missions) 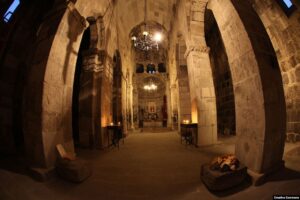