Archimandrite Peter of Essex on the Light of the Spirit…

This is the paradox of the grace of God. The more man is enlightened, the more he intensifies his repentance, because the more clearly he sees the distance that separates him from God. Abba Ammonas says of the Prophet Elijah that, during his ascent to heaven, he saw the grace of God in the first heaven as light. But when he passed to the second heaven, he felt the light of the first heaven as darkness, and when he arrived at the third heaven, he felt the light of the second heaven as darkness.

This description of man’s ascent to God shows that the more the spiritual man is enlightened by God, the more he perceives his own blindness in comparison to the light of God. Before his death, Abba Poemen prayed to God to let him live a little longer so that he could repent more deeply.

To his disciples, who wondered why he needed more time to repent since he had lived a whole life of strict asceticism in the desert, the Saint said: ‘Be sure, children, that where Satan is, there shall I be, also.’ He was saying this because at that moment he was comparing himself with the beauty of the Countenance of Christ that he beheld.

We are always darkness compared to Him. It is with this awareness that bearers of the Spirit live, ’of whom the world is not worthy’,[2] but because of whom the world exists. Their minds are filled not with the wisdom of the children of this age, but with that wisdom which uses all things in order to gain eternal goods. 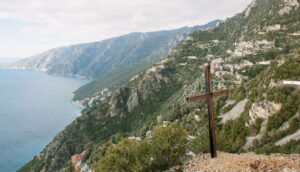