“The Lord Jesus, born in Bethlehem, was first worshiped by shepherds and wise men (astrologers) from the east— the simplest and the wisest of this world. Even today, those who most sincerely worship the Lord Jesus as God and Savior are the simplest and the wisest of this world. Perverted simplicity and half-learned wisdom were always the enemies of Christ’s divinity and His Gospel. But who were these wise men from the east? This question was especially studied by St. Dimitri of Rostov. He claims that they were kings of certain smaller regions or individual towns in Persia, Arabia and Egypt. At the same time, they were erudite in the knowledge of astronomy. This wondrous star appeared to them, which announced the birth of the New King. According to St. Dimitri, this star appeared to them nine months before the birth of the Lord Jesus, i.e., at the time of His conception by the Most-holy Theotokos. They spent nine months in studying this star, in preparing for the journey and in traveling. They arrived in Bethlehem shortly after the birth of the Savior of the world. One of them was called Melchior. He was old, with long white hair and beard. He offered the Lord the gift of gold. The second was called Caspar, of ruddy face, young and beardless. He offered the Lord the gift of frankincense. The third was called Balthasar, of dark complexion and a very heavy beard. He offered the Lord the gift of myrrh. After their deaths, their bodies were taken to Constantinople, from Constantinople to Milan, and from Milan to Cologne. It can be added that these three wise men were representatives of the three main races of men that descended from Noah’s three sons: Shem, Ham and Japheth. The Persian represented the Japhethites, the Arabian represented the Semites, and the Egyptian represented the Hamites. Thus it can be said that, through these three, the whole human race worshiped the Incarnate Lord and God.”
(St. Nikolai Velimirovich in the ‘Prologue’) 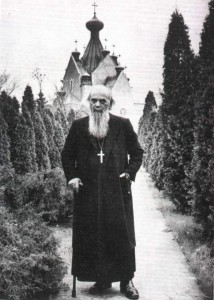